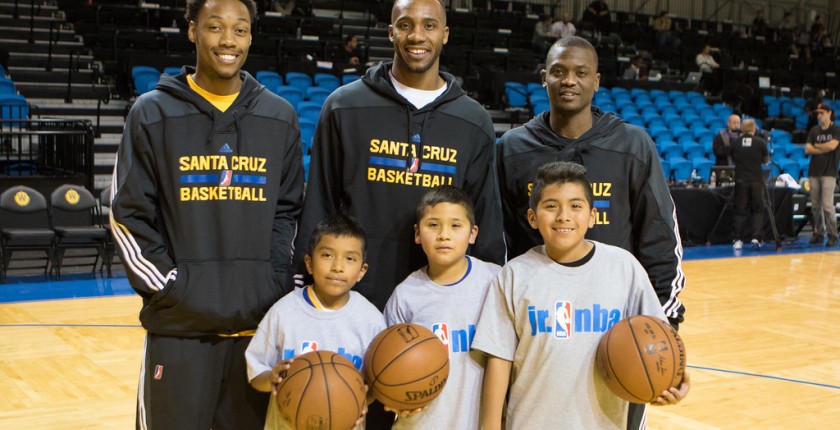 Four years ago, the Golden State Warriors called the Boys & Girls Clubs of Santa Cruz County to form a partnership with a Development League team the Warriors wanted to bring to Santa Cruz. Since the team made Santa Cruz their new home, more than 1,000 kids have participated in the program.

“It gives them a moment on the big stage, with their families there to cheer and see their score on the scoreboard,” he said. “It’s the pinnacle for them, the end of the season when they worked hard.”

The end-of-season celebration for the Basketball Program will start at 3 p.m. March 13 at the Downtown Clubhouse and end with a visit to the Warriors game. Click here for tickets.