Boys and Girls Clubs of Santa Cruz County > About the Club > Virtual Club > Happenings > Back to School: Redefining Opportunity

Back to School: Redefining Opportunity 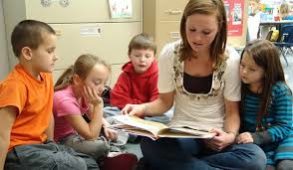 The Boys & Girls Clubs of Santa Cruz County is joining Boys & Girls Clubs nationwide to redefine the opportunity equation for kids by elevating the critical role out-of-school time plays in a child’s development. Through the Great Futures Campaign, BGCSCC seeks to ensure that every child and teen has access to a safe place after school and during the summer where they can build the knowledge, skills and behaviors to put them on the path for success.

Every day, 15 million kids nationwide leave school with no place to go, putting them at risk of being unsupervised, unguided and unsafe. During the summer, an alarming 43 million kids in America lack access to summer learning programs, increasing their risk of learning loss and putting them at a disadvantage before the school year starts. The way a child spends their time after school and during the summer can significantly impact the path they take.

“With schools in full swing, Boys & Girls Clubs wants to ensure out-of-school is part of the conversation. We’re taking a leadership role in our community to elevate the impact of out-of-school time, a critical, yet often overlooked, part of their day,” said Bob Langseth, Executive Director of BGCSCC. “When school is out, no child should go unsafe or unguided. Through the Campaign, we are advocating on behalf of kids and convening public, private and nonprofit partners around our goal of ensuring all kids have access to a safe, engaging and productive place to go between school and home.”

A response to the crises facing America’s kids, the Campaign is focused on reversing the most negative trends facing youth and the country:

Boys & Girls Clubs of Santa Cruz County has been serving the community with afterschool and summer programs for 47 years.

“During that time, we’ve seen the positive impact that occurs when young people have access to a safe place with caring adult mentors and enriching programs during out-of-school time,” said James Dyer, President of the BGCSCC Board of Directors. “We want today’s generation to be successful in school and in adulthood, to be healthy and active, and to develop strong character skills they need to become future leaders for our community and country.”

Boys & Girls Clubs reach kids most in need with outcome-driven programs designed to increase their performance in the areas of education, health and character development. Research shows that when kids attend the Club more frequently, the impact grows, so Clubs create a fun and engaging environment that keeps kids coming back. Goals for the Campaign include: